Antonio Lizana drinks from the fountains of flamenco and has done so since an early age in his native town, San Fernando, which is also the place of birth of Camarón de la Isla, maybe the most influencial flamenco singer. The restlessness to explore all possibilities of his first instrument, the saxophone, led him to study classical music and later study jazz. Throughout the course of his learning process is when he felt the need to take flamenco further and to create his project Antonio Lizana Group, where he have in one hand the flamenco tradition and in the other cutting-edge jazz.

Worldwide stages are the laboratory where Lizana carries out experiments with his style. Since releasing his debut album in 2012, De viento, until now, he has performed at countless jazz venues and festivals in many differents countries like: Festival de jazz San Javier (Spain), Voll Damn Barcelona (Spain), Bohemia Jazz Fest, (Czech Republic), Baku Jazz festival (Azerbaijan), Jazz Casablanca (Moroc- co), Dusseldorf Jazz Festival (Germany), Shanghai Jazz festival (China)… Delivering a live set that is actually more than a show: it’s a vibrant performance, filled with intensity, wavering between a solemn celebration and a party; between meditation to dance, Cádiz and New York.

On his follow up album, Quimeras del Mar (2015), he navigated through jazz with the guiding inspiration of flamenco music. An album reinforcing this flamenco-jazz style that he managed to raise to Genre category and which also gave him the opportunity to travel from stage to stage. Right after finishing his 104-live show-tour, the saxophone player and flamenco singer opens up to Arabic and Eastern Europe music on his new album Oriente. Lizana is back with an album that gladly welcomes new sounds; a definite step forward as a musician and a socially committed man. “Fronteras”, the song opening the album, is the best example. “Randomly painted borders, time will erase them again”, says the chorus of this track reminiscent of Arabic sounds but without losing his hallmark flamenco vocals or the dominance of jazz on the wind instruments he masterfully plays.

Likewise, Oriente sees Lizana evolve into a mature singer; to the point that now it’s even more difficult to distinguish between the sax player who sings and the singer who plays the saxophone. The artist Javier Ruibal claims that Antonio is a singer AND a saxophonist at the same time, and that he performs both roles with a grace and consistency that is “almost impossible to imitate”. And he may be right.

In 2011 he finished his higher education jazz studies at Musikene, the Advanced Music School in the Basque Country. He had teachers such as Mikel Andueza, Guillermo Klein, Jordi Rossi, Bob Sands,Miguel Blanco, Perico Sambeat, Andrej Olejnizak and Guillermo McGuill amongst others.

It was during his stay in the Basque Country where his own project was born.

He was rewarded with the Cádiz Joven Award in recognition of his impact as an artist Antonio He has collaborated on the last al- bum by Arturo O’Farrill’s Big Band, which is based in New York, as a saxophone player, singer and arranger, being this album a Grammy win- ner as Best Instrumental Latin Jazz Album. He also participated in various concerts with this big band, where he shared the stage with brothers Andy and Jerry Gonzalez, Dave Valentin, 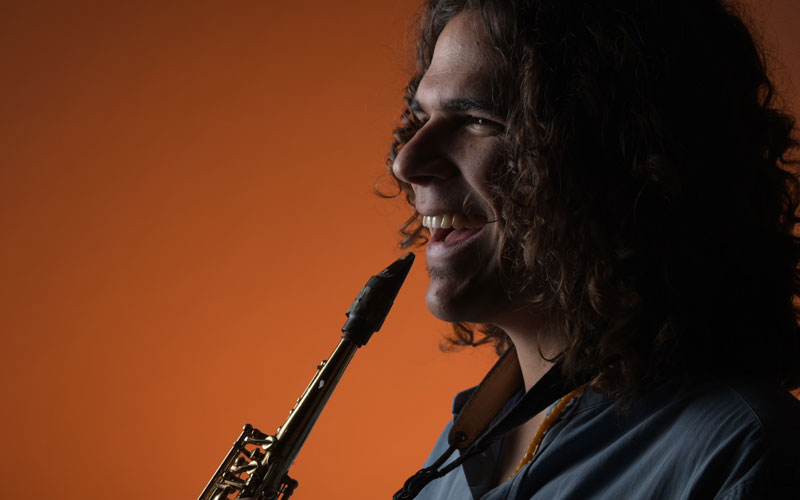 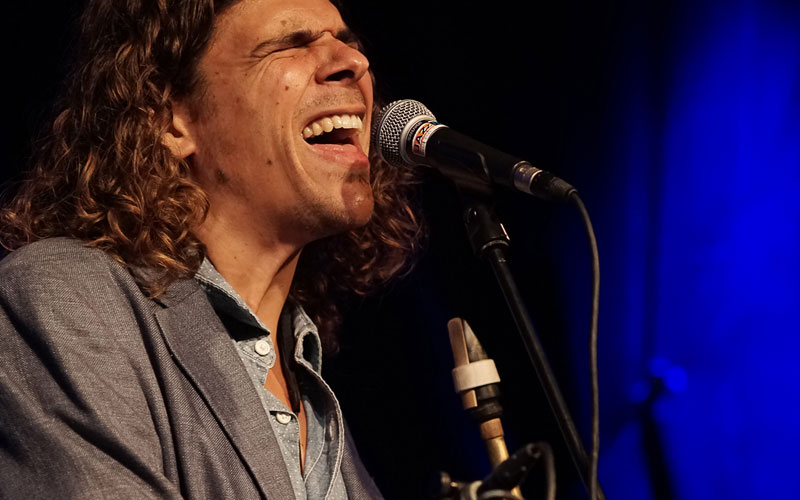 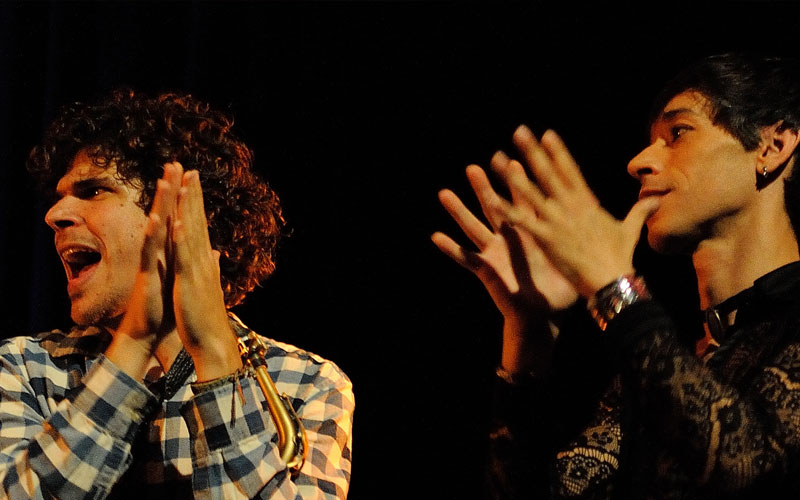