Christof Lauer was born on 25th May, 1953 in the German town of Melsungen/Hessen.

Within a year of his return to Frankfurt in 1978 he was a member of the legendary jazz ensemble of the radio station, Hessischer Rundfunk, under the direction of Albert Mangelsdorff

1990 saw the release of the first album in his own name: Christof Lauer (with Joachim Kühn, Palle Danielsson and Peter Erskine). This was followed in the next years by two more albums as leader: Bluebells, 1992, with Wolfgang Puschnig, Bob Stewart and Thomas Alkier and Evidence, 1996, with Anthony Cox und Daniel Humair. His debut recording Christof Lauer was immediately

Lauer was invited to be a soloist in the NDR Big Band in 1993, which was in the process of making a transition from traditional to modern avant-garde big band. In 1994 he became a member of the United Jazz + Rock Ensemble and in 1996 a permanent

His fruitful collaboration with the ACT label began in 1999 with FragileNetwork(ACT 9266-2). His fourth album as leader (with Michel Godard, Mark Ducret, Anthony Cox and Gene Jackson)

In that year he was invited by the well-known Turkish ney player Kudsi Erguner to take part in a world music project which brought together classical music of the Ottoman Empire with western improvisation and jazz rhythms. The CD Ottomania(ACT 9006-2) strikingly documented this special musical encounter.
Another important encounter also took place in the same year 1999. Christof Lauer made the acquaintance of the outstanding pianist Jens Thomas and this soon evolved into an intense musical collaboration and friendship. Their collaboration was first demonstrated by the first duo albumShadows In The Rain(ACT 9297-2), which reinterpreted the music of pop star Sting in a most original manner. On four of the tracks they were accompanied by the Cikada String Quartet, for whom none other than Colin Towns wrote the arrangements. The album won the quarterly

After the success of their debut as duo, the two musicians set up a second chamber music project together, this time based on original compositions. Pure Joy (ACT 9415-2) released in April With Heaven(ACT 9420-2) Christof Lauer has delivered just such as surprisefor the end of 2003: church music, which was in fact for Lauer, the son of a pastor, the first form of music of any type that he experienced as a child. He has had the desire to record sacred music in a church, and not before time. His friendship with Norwegian Geir Lysne has at last led to the long-planned project: together with Norwegian Brass the recordings for Heavenwere made in the Vålerengen Kirk in Oslo, a choice of unexpected reworkings of classic Christmas songs and religious music, for which Geir Lysne is responsible as arranger and musical director and
including two very special guests from Norway, Sondre Brantland and Rebekka Bakken.
Lauer found a new outlet in the collaboration with pianist Eric Watson. The American pianist, currently living in Paris, and Lauer hadknown each other for a long time. In April 2003 they were on tour together in France playing a quartet repertoire that Watson had especially composed for Lauer as a guest star with his own regular trio -comprising bassist Mark Dresser and drummer Ed Thigpen: These pieces, recorded in Summer 2003, were titled Road Movies(ACT 9429-2) and were released in September 2004.
One thing is for sure: Very few musicians can offer as much intensity as Christof Lauer, as the recordings with his new trio aptly demonstrate on Blues in Mind(ACT 9446-2), which will be released in January 2007. The flexibility of the fascinatingly matched partners and the scope of the compositions enable Lauer to express all aspects of his art. German Lauer, Frenchman Michel Godard (tuba & serpent) and British drummer & pianist Gary Husband all contribute compositions to this CD of exclusively original material –

In the past 30 years Christof Lauer has appeared in all manner of various formationswith an incredible continuity. 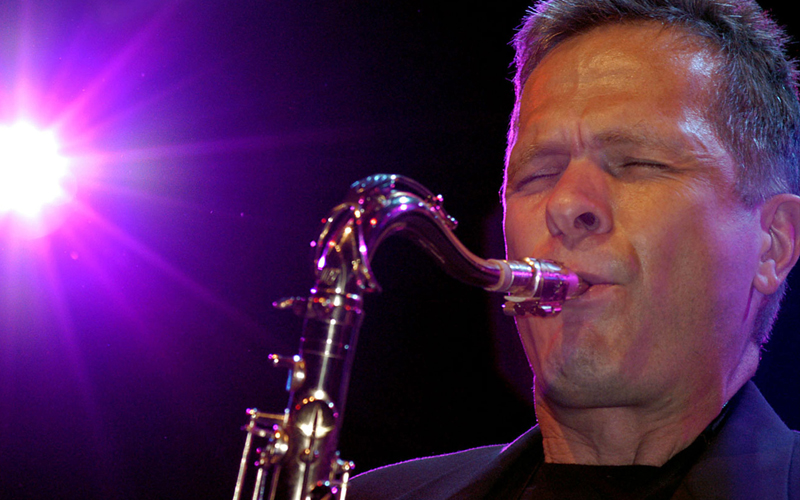 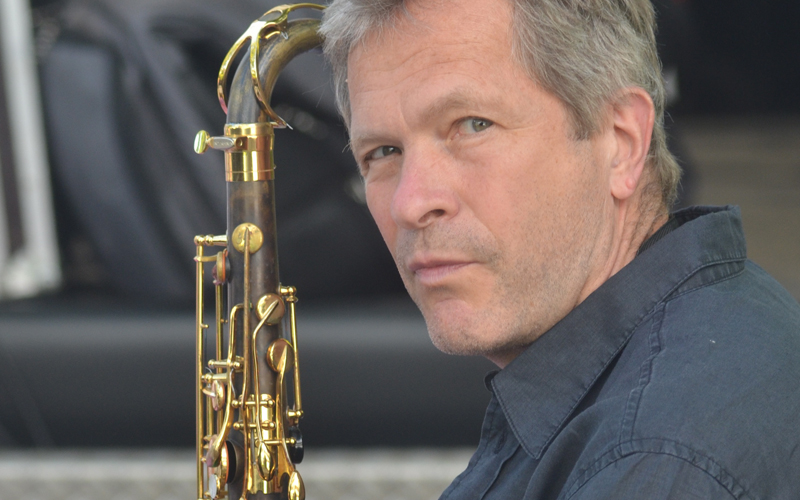