Daniel Humair first played the drum at the age of seven as part of his membership in the Geneva brass band. Since the age of 14 he showed an enthusiasm for New Orleans jazz and became involved in numerous amateur formations before finally discovered modern jazz. From then on, he makes jazz his profession and becomes a professional musician after winning first prize in the three categories of the Zurich Festival for Amateur Musicians in 1995. He then spent several years in Switzerland, Belgium, Sweden and Germany. Through his involvement in several formations, he autodidactically acquired his own personal technique to successfully improvise musically in a group. In 1958, he decided to try his luck in Paris, the capital of European jazz. There he worked with legendary artists like Don Byas, Lucky Thompson, Kenny Dorham, Bud Powell, Oscar Petitford, Chet Baker or Eric Dolphy. But actually it would be easier to list the musicians Daniel Humair has not played with, because apart from Miles Davis or Sonny Rollins, he has played alongside most of the Jazzmen of the last 30 years.

In 1959, Daniel Humair began his long collaboration with Martial Solal, playing frequently with Pierre Michelot, René Urtreger, Barney Wilen, Michel Hausser, Stéphane Grappelli at the famous Club Saint Germain and meeting all the jazz greats who spend a few days in Paris. In the 1960s, Daniel Humair founded a trio together with violonist Jean-Luc Ponty and organist Eddy Louiss. At the Club Caméléon they record two records that have recently been reissued. He accompanied the Swingle Singers for two years, then joined the famous Phil Woods formation: European Rhythm Machine. Thanks to this international stage presence, the Down Beat International Critics Poll named him Drummer Deserving Wider Recognition in 1970. For several years Daniel Humair played and recorded records as a freelancer with musicians such as Jim Hall, Lee Konitz, Art Farmer, Joe Henderson, Dexter Gordon, Franco Ambrosetti, Georges Gruntz, Johnny Griffin, Herbie Mann, Anthony Braxton, Hampton Hawkes and many others before forming a trio with Francois Jeanneau and Henri Texier. This group has since been considered one of the catalysts of new jazz in France.

He continued to pursue his freelance career and at the same time founded a trio as co-leader with Joachim Kuhn and Jean-Francois Jenny Clark, which enabled him to further refine his conception of modern drumming and to pursue his work as a composer. This trio will be his main focus from now on, as well as his collaboration with Michel Portal, Richard Galliano, Jerry Bergonzi or David Liebman.

Daniel Humair has had the opportunity to participate in a large part of the most renowned jazz festivals, including Newport, Monterey, Paris, Berlin, Montreux, Chicago, Barcelona, Nice, Antibes, and many others. Besides his career as a drummer, Daniel Humair also devotes himself intensively to painting. His painting, which is characterised by its expressionist abstractness, can be seen in several international galleries as well as in public and private collections. His interest in the connection between visual arts and music gave him several opportunities to compose music for film and television or to perform as a soloist. He is also the inventor of a way of playing the drums, published by Leduc. The style used in this method is the result of Humair’s many years of work as a teacher.

Daniel Humair is certainly considered one of the pillars of modern jazz in Europe. He has also been an integral part of the international jazz scene since the 1950s. After all the years he has devoted to improvised music, he receives a kind of reward for this in 1986 and 1992 when he is made a Knight as well as an Officier des Arts et des lettres by the French government. In 1987 he received the Grand Prix du Jazz from the Sacem, the Prix Charlie Parker from the Académie Disque and the In Honorem prize from the Académie Charles Cros for his life’s work. In 1997 he was named European Musician of the Year by the Académie du Jazz and in 2000 he received the Victoires de la Musique for his work with the trio HUM.

In 2003, his album Baby Boom, which he recorded with Christophe Monniot, Manuj Codjia, Matthieu Dornarier and Sébastien Boisseau, received a huge amount of good reviews. In 2007, Tryptic was recorded together with Jean Paul Celea and Francois Couturier. In 2008 he reunites with Joachim Kühn and Tony Malaby to record Full Contact and in the same year his latest opus Baby Boom II is again showered with positive reviews. In 2010, he records the album Pas de dense with Tony Malaby and Bruno Chevillon as well as the album I will follow you for the label BEE Jazz with Ben Monder and Jérôme Sabbagh. Two records that were equally appreciated by the critics and received a multitude of awards.

2011 is marked by the encounter with a label, Laborie Jazz. But it is actually the meeting of two friends who had lost sight of each other for several years. So many elements play together here: the resumption of a career, the recent founding of a label, the discussion and exchange around the place of the artist and music in our world and our current mood and the unanimous decision to live out this shared passion. No sooner said than done. And with „Sweet & Sour“, Daniel Humair meets us younger and more creative than ever before. He is supported in this project by a trio of musicians who are bursting with energy. Only the stage performances surpass the sound of the record. With their repertoire, this new quartet has since given concerts in the best halls and at numerous festivals in Europe. 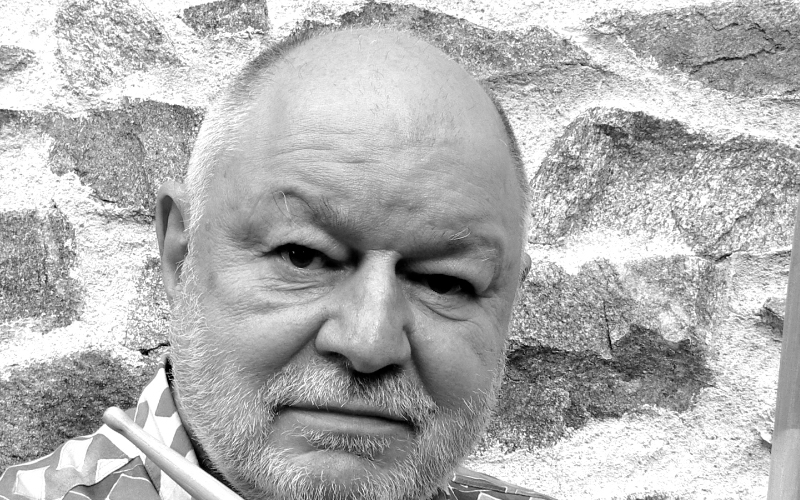 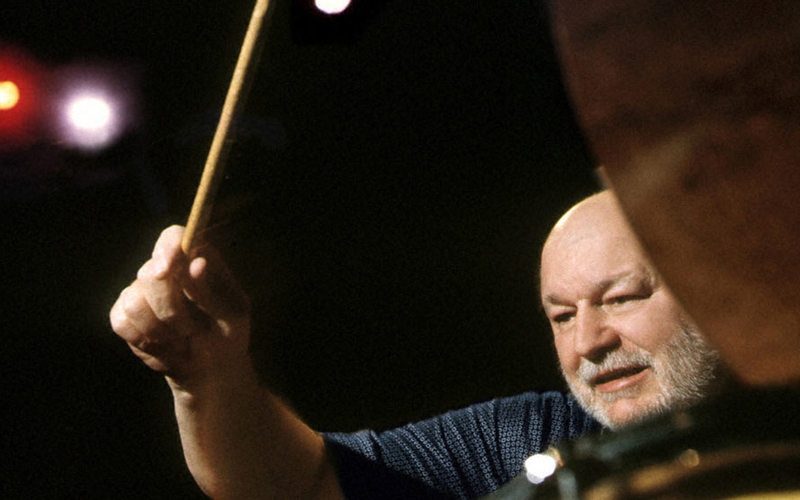