This hugely popular trumpet player (born in Trieste, Italy in 1939) almost single-handedly brought Italian jazz to international attention. He began playing Dixieland trombone in Turin, but after hearing Miles Davis, switched instruments and embraced the modern style. Other key meetings were with Gato Barbieri, with whom he recorded movie soundtracks in 1962, and Chet Baker. He began to play with Steve Lacy; he also teamed up with South African expatriates Louis Moholo and John Dyani and recorded The Forest and the Zoo (ESP) live in Argentina. In 1967, he moved to New York, playing with Roswell Rudd, Marion Brown, Rashied Ali, Cecil Taylor, and Charlie Haden. In a brief return to Europe, Rava recorded with Lee Konitz(Stereokonitz, RCA) and Manfred Schoof (European Echoes, FMP). From 1969 to 1976, he was back in New York, recording Escalator Over the Hill with Carla Bley’s Jazz Composers‘ Orchestra. After his first album as a leader, Il Giro del Giorno in 80 Mondi (Black Saint), he began to lead his own pianoless quartets and quintets. His recorded output numbers 100 records, 30 as a leader.

ECM has reissued some of his essential recordings of the ’70s, like The Pilgrim and the Stars, The Plot, and Enrico Rava Quartet, while Soul Note and Label Bleu published CDs by his innovative Electric Five (in reality a sextet, as he always excludes himself from the count), which includes two electric guitars. With keyboard master Franco D’Andrea and trumpeter Paolo Fresu, Rava recorded Bix and Pop (Philology) and Shades of Chet, tributes to Bix Beiderbecke and Armstrong, and to Chet Baker, respectively. Also of note are Rava, l’Opera Va and Carmen, gorgeous readings of opera arias. In 2001, he created a new quintet with young talents Gianluca Petrella,Stefano Bollani, Rosario Bonaccorso, and Roberto Gatto, and toured with old friends Roswell Rudd and Gato Barbieri, releasing Easy Living with them in 2004 on ECM. Three years later, after Bollani, who had struck out as a solo player, was replaced by Andrea Pozza,The Words and the Days came out. In 2007, Rava and pianist Stefano Bollani released The Third Man on ECM. Ravafollowed the released in 2009 with New York Days, a collection of moody originals with a film noir tinge, backed by a band that included Bollani, tenor saxophonist Mark Turner, bassist Larry Grenadier, and drummer Paul Motian.Rava broke in a new all-Italian quintet for Tribe, which was issued by ECM in the fall of 2011. Its members included trombonist Gianluca Petrella, pianist Giovanni Guidi, bassist Gabriele Evangelista, and drummer Fabrizio Sferra. Guitarist Giacomo Ancillotto also guested on the set, expanding the lineup on various selections. Rava made a wide left turn for 2012’s On the Dance Floor. Amazingly, the trumpeter only became aware of pop singer Michael Jackson’s music after his death, and he became obsessed with it. The album, his tribute to what he considers the late singer’s contribution to 20th century music, was recorded with Parco della Musica Jazz Lab at the Rome Auditorium; it is entirely comprised of Jackson’s material.

On 2015 he will record a new cd for ECM Label with his New 4et with Francesco Ponticelli, Gabriele Evangelista and Enrico Morello.

Born in Rome (Italy) in 1988, Enrico Morello began to play drums very early when he was 9 years old.

He started learning and playing jazz music at „Scuola Popolare di Musica di Testaccio“ (Rome) at the age of 13 and he continued his studies attending the summer workshops at „Siena Jazz“ (Siena, Italy) in 2006 and 2008. That was the place where he was selected for the additional masterclasses with Enrico Rava and Gianluigi Trovesi.

During the two years later he attended a special course for professional musicians in Siena which is the „International Master Program“ obtaining the highest awards and a full scholarship. At (In.Ja.M.) he could take drums lessons from the most prestigius jazz musician in the world like: Eric Harland, John Riley, Jeff Ballard, Billy Hart, Ben Perowsky, Adam Nussbaum, Ferenc Nemeth, Billy Drummond and many more.

In 2010 he was selected to represent the „Siena jazz School“, with other five musicians, at The „Panama Jazz Festival“ and also to play, with the same band, at the „Berklee College of Music“ in Boston and at „New York University“ in New York. In the same year he received and important scholarship from „Siena Jazz“ to represent Italy at the international meeting called I.A.S.J. (International association of schools of Jazz) in Sao Paulo (Brazil).

Enrico’s talent was always appreciate in all the competitions that he took part, especially the „European Jazz Contest“ (Atina Jazz) and the „Jimmy Wood Awards“ (Tuscia in Jazz) where he won the first prize as „Best Drummer“. In 2011 he played at „Bar on Fifth“ (Setai Hotel) in Manhattan, NYC, for the „Italian Jazz Days“ Festival.

Enrico Morello is going on an intensive professional activity, earning, in recent years, a special place among the most interesting and talented Italian jazz musicians.

Born in Poggibonsi, Siena (Italy) in 1988, he graduated in double-bass on 2006 with top marks, achieving honours and a special ministerial mention at P.Mascagni Musical Institute of Livorno in the class of master Paolo Tommasi, continuing his studies with master Alberto Bocini. As a teen-ager he took part in concerts with orchestras and chamber groups, also in the capacity of soloist double-bass. In 2002, when he was only 14 years old, Gabriele was one of the few Italians of the Jouvenile International Orchestra of Breme playing César Franck symphony in D minor for the German radio with a CD recording.

In 2007 Gabriele entered the Gustav Mahler International Academy for young orchestra musicians conducted by masters Wolfram Christ and Alberto Bocini. In 2008 and 2009 he took part in Florence Chamber Music Festival where he played pieces of contemporary authors (Holliger, Kurtag, Carter), even as a soloist, together with worldwide famous musicians such as Ursula ed Heinz Holliger.

Besides classical music, Gabriele showed a natural gift for creativity and improvisation and discovered his inclination for jazz music. He hence started to cultivate this genre with enthusiasm and great passion. In 2005 he won the international competition of Moncalieri Jazz and played in the first set before McCoy Tyner performance. In 2008 he got First Prize in the international Elba Jazz Contest playing as part of the Teen Quartet leaded by Alessandro Lanzoni.

He has attended lessons at the Roma Jazz’s Cool in 2008 with teachers such as Scott Colley and Salvatore Bonafede. Within 2008 and 2010 he attended the International Jazz Master Progam of Siena Jazz where he studied with Rufus Reid, Paolino Dalla Porta, Riccardo del Fra, Furio Di Castri, Eddie Gomez, Drew Gress, Hein Van de Geyn, Enrico Rava, Jeff Ballard, Tim Berne, Billy Hart and many others.

In 2010 he joined Enrico Rava’s quintet “Tribe”, with whome he realized a record with the same name for the illustrious label ECM; he is also member of Rava’s new quartet with Francesco Diodati and Enrico Morello. Since 2010 he plays with Roberto Gatto trio with pianist Alessandro Laznoni (“Replay”, Parco della musica records) and he’s also member many others bands and projects.

Francesco Diodati is a modern guitar player whose inspiration is steeped in traditional jazz, contemporary, rock and folk music. He has developed his personal language by combining a spontaneous melodic approach with a clever use of electronics and effects.

Francesco is Neko’s band leader, including Francesco Bigoni and Carlo Conti, Francesco Ponticelli, Ermanno Baron, that has debuted in 2008 and since then is touring worldwide. In 2010 the group releases a first album, Purple Bra, published by Auand Records, amongst the most important European labels for contemporary jazz., followed by Need Something Strong. Both the albums have received an enthusiastic response by critics.

Since 2014 Francesco is part of the New Quartet of Enrico Rava and they also play in duo.

Since 2010 he is part of the ambitious project „MyanmarMeetsEurope“, which tours extensively in Asia and Europe.

He also joins the band of Erica Mou, the new talent of italian Voice.

Recently Francesco has been voted as best Guitar Player of 2013 by the Italian Jazz Magazine JazzIT.

Born in 1983 and raised in Rome (Italy), Francesco was twelve years old when he started playing guitar, quickly demonstrating a precocious talent and a natural disposition to creativity and improvisation. He attended the In.Ja.M. master by Siena Jazz between 2008 and 2010, with lessons by Kurt Rosenwinkel, John Abercrombie, Hein Van De Geyn, Jeff Ballard, Drew Gress, Seamus Blake, Roberto Cecchetto and many others. He was also selected among the master best students to partecipate to the Panama Jazz Festival in 2010 and to play in a series of concerts in the USA, in an exchange program between Berklee Global Jazz Institute of Boston and Conservatoire National Supérieur de Paris. In 2009 he receives one of the highest scholarship ever to be given to a guitarist to attend prestigious New School for Jazz and Contemporary Music in New York, where he meets Reggie Workman, Ben Allison, Peter Bernstein, Rachel Z, Rory Stuart and many others. 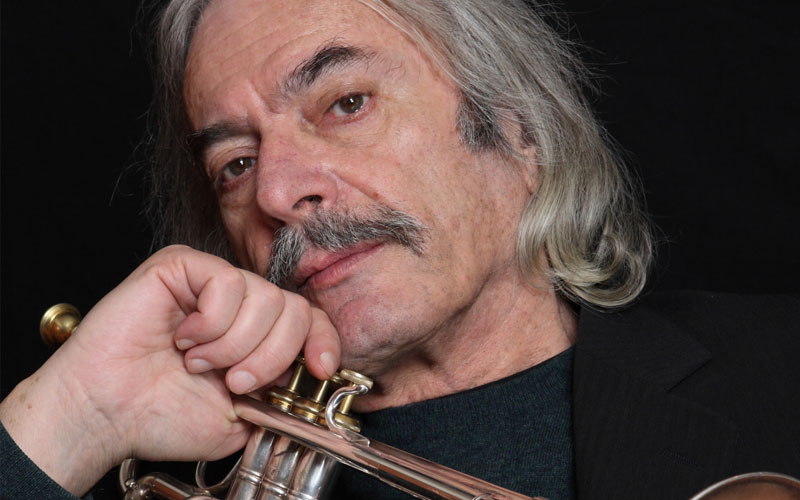 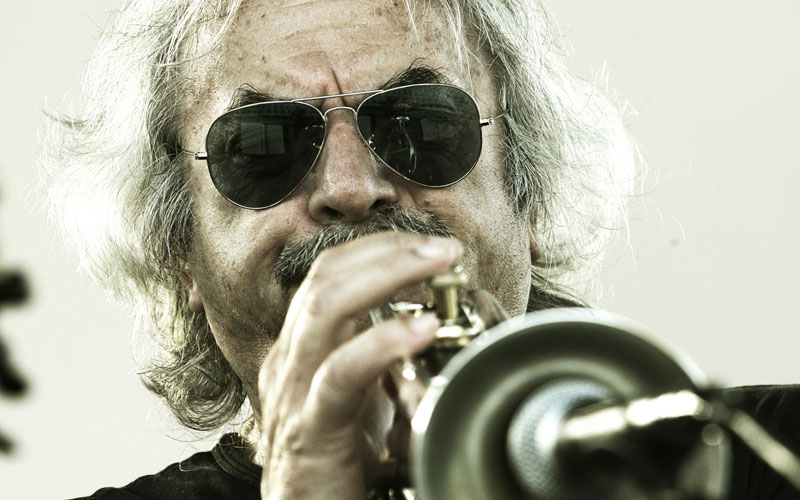 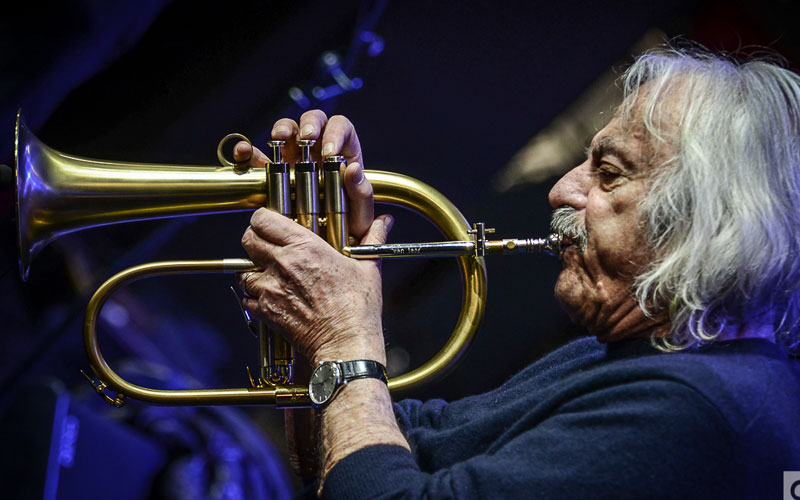 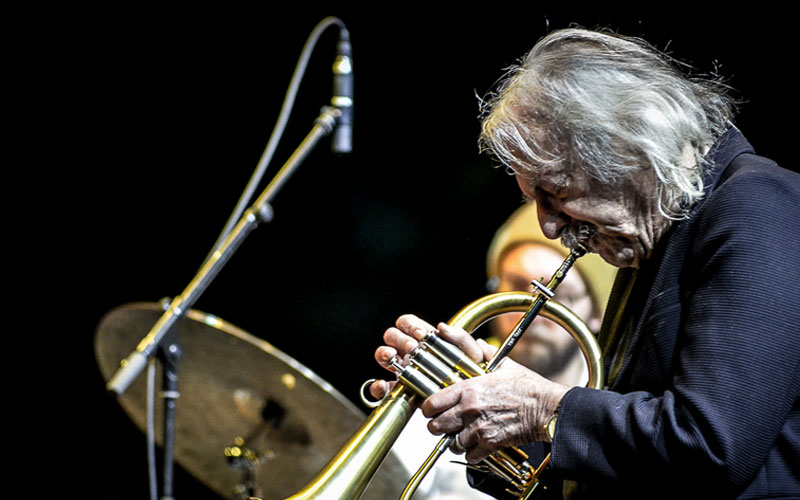 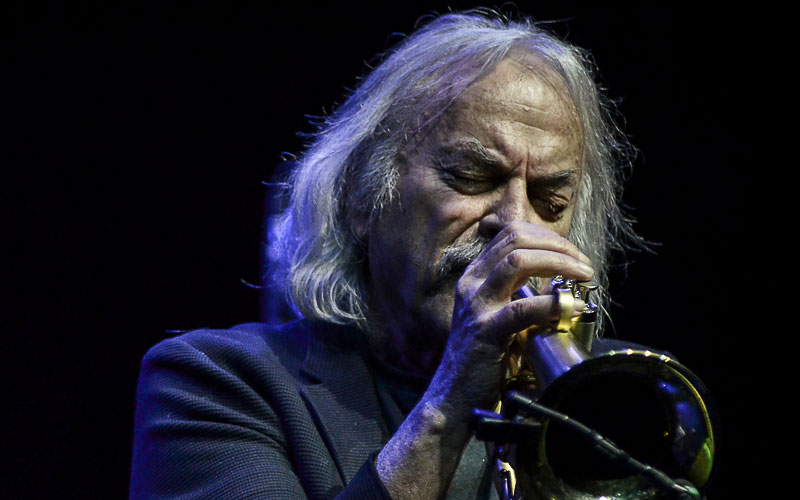 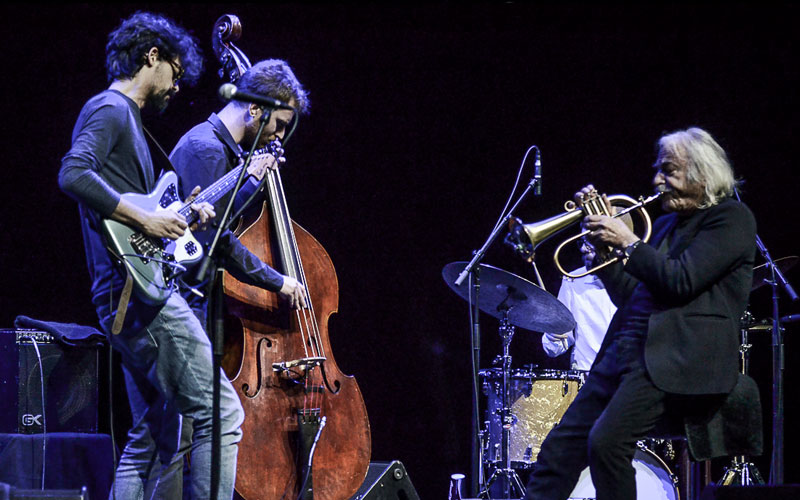