When flamenco guitarist Gerardo Núñez puts pen to paper, he usually has only one thing in mind: music. However, when he started working on his newest album “Travesía” (“Crossing”), the long-awaited follow-up to 2004’s “Andando El Tiempo“, he wanted to tell a particular story that had moved him; the story of his friends Ahmed and Khaleb.

It was a Sunday and he had planned to spend a relaxing afternoon on the beach sunbathing and swimming with his family. Suddenly they saw something unexpected on the horizon – an overcrowded boat. As the rickety boat came nearer, everybody soon understood what they were dealing with. Gerardo Núñez along with his family and many others on the beach looked into the gaunt faces of African refugees. “They were people, who had left their sub-Saharan home countries in search of happiness and a better life. Europe was something like El Dorado for them,” Gerardo Núñez says and shakes his head. “I was surprised how helpful my fellow Spaniards were. They immediately attended to the Africans and even helped them to hide or flee. If the police had found them, they would have been sent back to their home countries without delay.”

Gerardo Núñez became friends with two men from the boat – Ahmed and Khaleb. Today, the flamenco virtuoso even works with them; in the winter, he regularly organizes concerts in a Bodega in Andalusia and the two Africans help him with the preparations. “On ‘Travesía’ I tell their story. Actually, their story also has something in common with the history of flamenco. This Spanish musical style is especially popular among gitanos, the Spanish Romanies. The roots of these “wandering people” are in India and from there they have moved off to all parts of the world. Flamenco emerged in Andalusia out of several different influences,” Gerardo Núñez recounts. By this he refers to the state of Al-Andalus, in which Mauritian conquerors lived in peace with Christians and Jews over a long time and created a unique and flourishing culture. “There are also parallels to jazz. Obviously jazz has different forms than flamenco, but it also profits from various influences.”

Jazz was one of Gerardo Núñez’s early musical affections. He was entranced by the music of, amongst others, Charlie Parker, Thelonious Monk and John Coltrane, played by a US airbase radio station close to his Andalusian home town Jerez de la Frontera. In his youth the aspiring flamenco guitarist stayed true to the tradition of his music, while performing together with famous singers and dancers. However, when he was together with his friends, he was free to combine all sorts of musical inspirations. For purists this is an absolute no-go – they are in favour of purity in flamenco but, despite these traditionalists, Gerardo Núñez is nowadays considered the most important virtuoso innovator of flamenco after the great Paco de Lucia.

Gerardo Núñez’s personality has been influenced by collaborations with musicians from all over the world and of all imaginable genres. He has not only worked with Placido Domingo and Julio Iglesias, but also with Eberhard Weber, Richard Galliano and Enrico Rava. Furthermore, he was one of the leading figures on “Jazzpaña II” (released in 2000 together with Michael Brecker, Chano Dominguez, Jorge Pardo, Perico Sambeat, Renaud- Garcia-Fons etc.).

“Travesía” is a further proof of his border-crossing musical way of thinking. Pop, funk, jazz and Latin freshen Gerardo Núñez’s flamenco, which he combines with extraordinary technique and great passion. On this recording, his wife, the famous dancer Carmen Cortéz (for whom he has written some songs), and his daughter Isabel, join in with their hands and feet by clapping and tapping. Also featured are prestigious jazz musicians including the saxophonist Perico Sambeat, the pianist Albert Sanz as well as the legendary percussionists “Cepillo”, who co- produced the album. Their common venture is “la travesía”, the crossing; whereas the Africans sail across the Mediterranean Sea to their new home, these musicians are crossing borders in music. 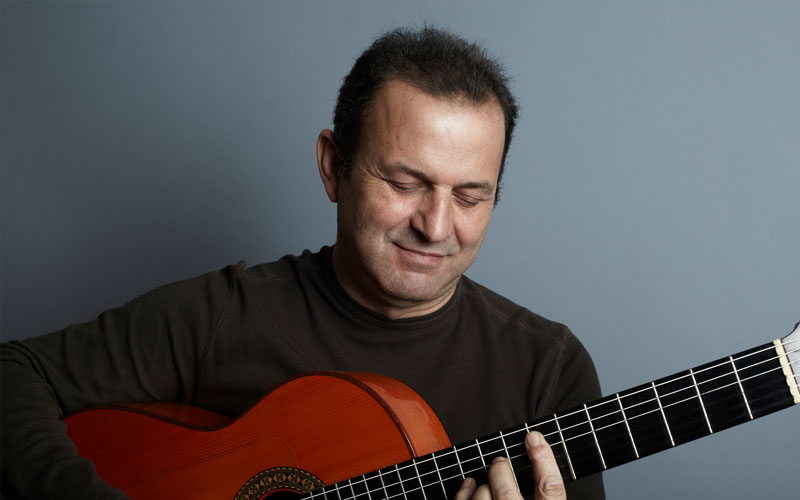 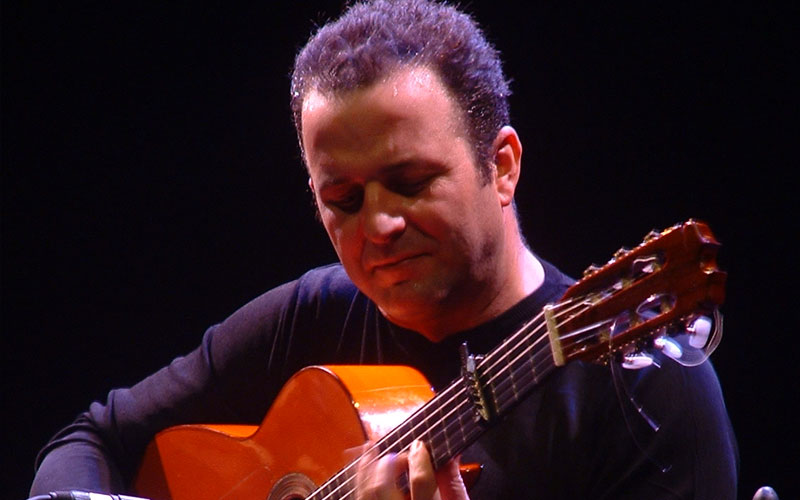 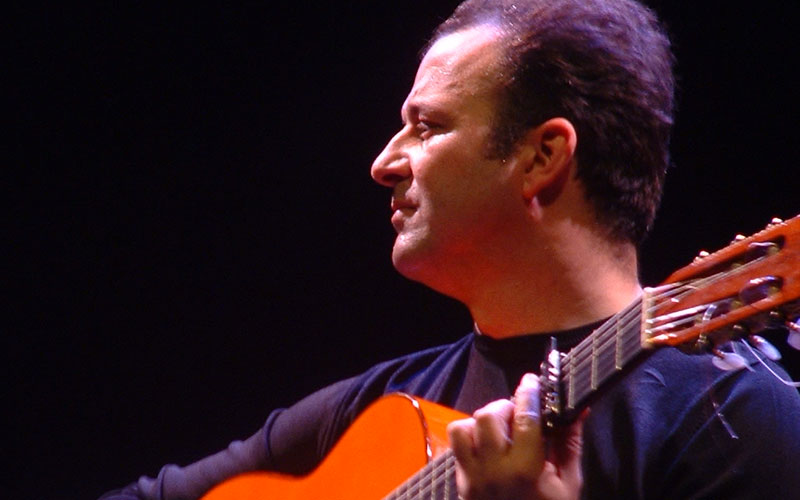 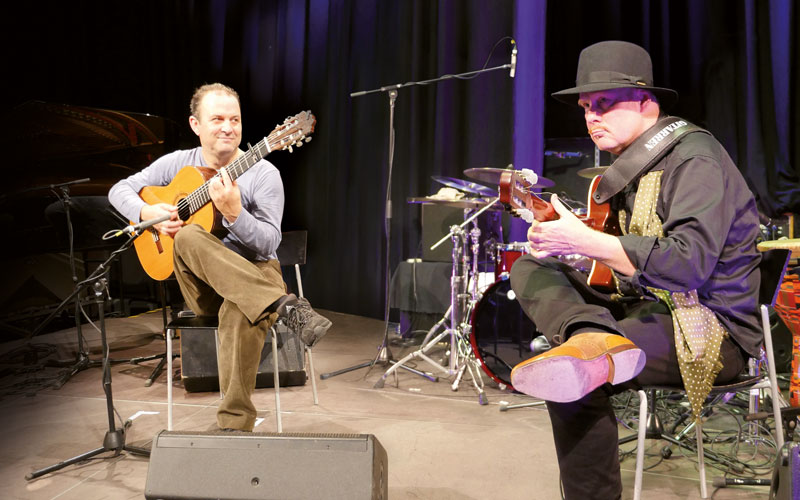 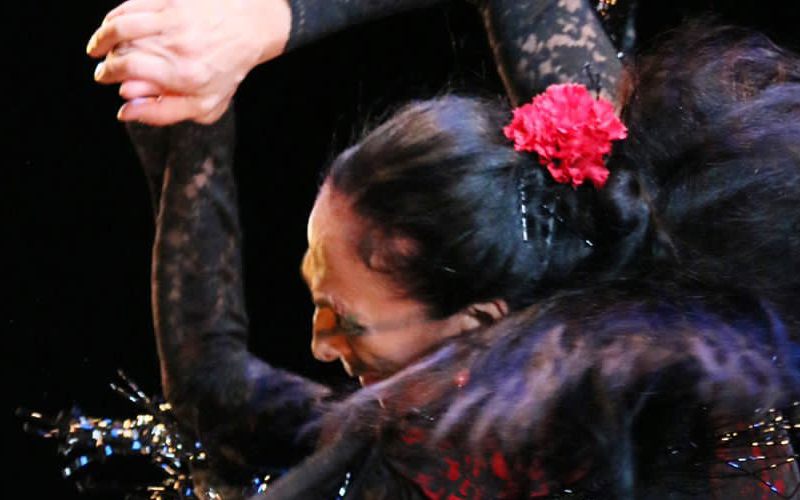 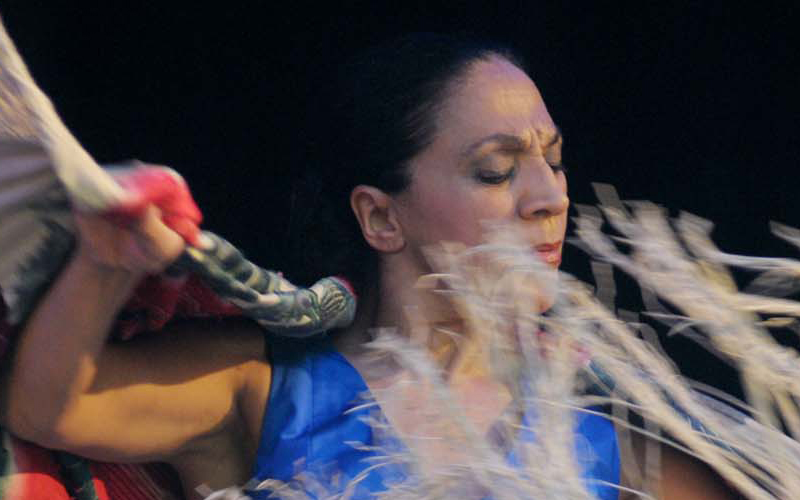