Like a funambulist, Nguyên Lê skips from rock burning intensity to Asian refinement, from the meticulous search of new sounds to the catching joy of improvisation.

Born in Paris from vietnamese parents, he began to play drums at the age of 15, then took up guitar & electric bass. After graduating in Visual Arts, he majored in Philosophy, writing a thesis on Exoticism. Then he devoted to music, creating „ULTRAMARINE“ (1983), a multi-ethnic band whose CD “ DÉ “ has been considered „1989′ s best World Music album“ Philippe Conrath,
Libération.

In May 92, after a month tour with Paul McCANDLESS on winds, Art Lande (p), Dean Johnson (b) & Joël Allouche (d), he records his 2nd album ZANZIBAR, which gets the « ffff » award by Télérama. In Jan. 93 he records „INIT“, a trio with André Ceccarelli, François Moutin & guest Bob Berg, while setting up a new band on the music of Jimi Hendrix, w/ Corin Curschellas (voc), Steve Argüelles (d), Richard Bona (b).

Since Jan. 93 he’s been a frequent guest soloist of Köln’s WDR Big band, especially with composer/director Vince MENDOZA. Nguyên Lê plays on three of his projects : „Jazzpaña“, „Sketches“ w/ Dave LIEBMAN, Charlie MARIANO, Peter Erskine, & „Downtown“, w/ Russell Ferrante. In April 94 he’s the guest soloist of „The New Yorker“, a suite by Bob BROOKMEYER, with Dieter Ilg (b) & Danny Gottlieb (d). With these two musicians he set his first trio, & recorded MILLION WAVES (ACT 9221-2) in Dec. 94 . About this CD, Télérama writes : „This trio brings him to some musical spaces which he had not even imagined, & which are pure poetry“.

With his old friends Art Lande, Paul McCandless & Jamey Haddad he releases in March 2005: “WALKING ON THE TIGER’S TAIL” (ACT 9432-2): “A universe where the alliance between acoustic and electric, improvisation and writing, inner delicacy and virtuosic expressivity reach the ideal balance.” (Le Monde)

For his album HOMESCAPE (ACT 9444-2) he has invited his friends, the trumpet player Paolo Fresu and singer and oud-player Dhafer Youssef to his homestudio. The duos express the multiple musical experiences and influences of the artists and are mixed with electronic sounds created by Nguyên himself.

« STREAMS » is a new quartet initiated by Paris-based guitarist Nguyên Lê and
dedicated to creating new sounds rooted in ancient cultures,. Its goal is to explore the multiple
dimensions of cross-breeding Jazz and Indigenous Music, as a fertile ground for composition and
improvisation. Not for any exotic effect, but for a deep need of coherent and contemporary
expression. Streams of very different cultures are moving the world and we want our music to
acknowledge and express it
Every musician in the band has been deeply involved in Jazz and Indigenous music:
Nguyên Lê was born in Paris from Vietnamese parents. Starting from a Jazz background, he has
been leading & participated to many projects about Vietnam, North and West Africa, the West
Indies, Turkey, India, Japan, and Korea for the last 20 years.
New York based drummer John Hadfield was brought up within the Jazz tradition of Kansas City
with Bobby Watson and has traveled extensively to India, Peru, Mongolia, the Middle East, and
Indonesia to learn the rhythms and instruments of each of these cultures.
Based in Paris, Canadian double-bassist Chris Jennings has established himself with Dhafer
Youssef, Karim Ziad, Bojan Z, Kudsi Erguner or ‚El Gusto‘ Algerian Chaabi orchestra.
French Vibraphone player Illya Amar collaborated with musicians from India, Argentina, Vietnam,
Brazil, and is currently working on arrangements of Jewish music.
While becoming an internationally acclaimed and sought after Jazz musician, over the years
Nguyên Lê has engaged in numerous arrangements of folk music from a variety of countries. In
the process, he grew as a musician, discovering each ethnic idiosyncrasy like a treasure. As a
result, his identity as a Jazz musician became more and more unique and special. Collaborating
with indigenous musicians definitely transformed his music and his spirit. The leading idea behind
the new Streams quartet is to focus on personal compositions fed by the transformative
experiences he underwent during this cross-breeding process. In doing so, he is also coming back
to one of the foundations of Jazz music, which was born through several journeys of cultures, from
African ritual music to American Blues & from French harmonic impressionism to Bebop harmony.
STREAMS love Claude Debussy and Béla Bartók, because they are masters of the integration of
folk elements in their own composing, eventually resulting in their utterly unique & distinctive
music. Another crucial goal for the project is to deepen the teamwork with collaborating partner
John Hadfield by writing music together for the band, sharing and confronting ideas, knowledge,
and inspirations.
A new world of inspirations is opening between tradition and modernity, East and West, North
and South. This band is about encounters between Jazz and Indigenous music, Paris and New
York, but also between generations. Music is one the best homes for individuals of different
generations to meet and act together. Finally, a more philosophical goal would be to show that
music is the ultimate language of peace. When different cultures respect one other and learn from
one other, beauty and friendships can emerge. In that sense, Jazz is the best music to establish
cross-cultural dialogues, because it has always been the most adaptive and open form of music.
You may download audio mp3 recordings of STREAMS here :
https://www.dropbox.com/sh/s7tzdstwtft75uq/AABEWcBuVUTrC4XswoxT_cW-a?dl=0

SAIYUKI  is the Japanese name for the « Journey to the West », the renowned Chinese novel written in the 16th century by Wu Cheng’en.

This text relates the expedition to India, during the 8th century, of bonze Xuanzang , a quest for sacred buddhist texts. His main escort in this epic fantasy is Sun Wu Kong, the Monkey King. a very mischievous character, obsessed  by the secret of immortality. He‚s full of magic, can fly on the clouds or change himself in a genie or a fabulous monster. The Chinese Monkey King has also an Indian brother : Hanouman, one of the most popular gods of Hinduism. In China & Japan, the « Journey to the West » has always been an inspiration for some very diverse adaptations: painting rolls, Peking Opera, a Pop Opera from Damon Albarn, Mangas, TV serials, video games like Dragon Balll.

I would like to use this « Journey to the West » as the image of the journeys, real or imaginary, which bring the musicians of this band to create their music. Like a quest for a secret which has to go through the adventures of Elsewhere, while keeping the most precious treasure : our identity. From Viêt-Nam to India through Japan, we‚ll weave the threads of silk which draw an Asia with no borders. Every one has his own cardinal point – likewise the Western world aimed at by the Chinese novel is in fact India.  The Center is plural, Dialogue has started, connections open up : let‚s enjoy !

Each Saiyuki musician is blessed with a double culture, coming from tradition & modernity altogether. Each one is a virtuoso of his very specific instrument. Prabhu & Mieko can be genuinely traditional. One has played with the living god of hindustani flute Hariprasad Chaurasia, whereas the other can  a Japanese classical piece from 18th century.

But they are also living ethnic musicians, connoisseurs of styles & techniques of today‚s music, curious about new meetings & open to the potentialities our world can offer. My language is Jazz, but I have chosen to open it & to feed it with other essential cultures that fascinate me & remind me of my origins.

As a jazz musician I have as much fun improvising with them as with other great jazz musicians. The challenge is always there, as well as freedom & inspiration. Improvisation, this instantaneous understanding & creation process, will push away the limits of our cultural encounter. The program will be based on our own compositions, new interpretations of traditional melodies as well as the use of electronic soundscapes.

Mieko Miyazaki started the Koto at 9. She learned Koto & Shamisen at the famous Tokyo National University for Arts & Music. While still a student, she performed for the Emperor & the Empress of Japan. After getting brilliant diplomas, she became a highly demanded performer, mostly for Radio/TV shows & official events. She also started a career of songwriter & composer for TV, Radio, children songs & advertising. Since 1999 she has focused on her own projects, special bands & personal albums (10 on her name since 1995). She has lived in France since 2006 & multiplies cross culture meetings : Koto2Evans, a jazz quartet plying Bill Evans music on Koto, Voce Ventu, a polyphonic choir from Corsica, her own trio with violin & accordion, her regular collaborations with vietnamese singer Huong Thanh & jazz guitarist Nguyên Lê. 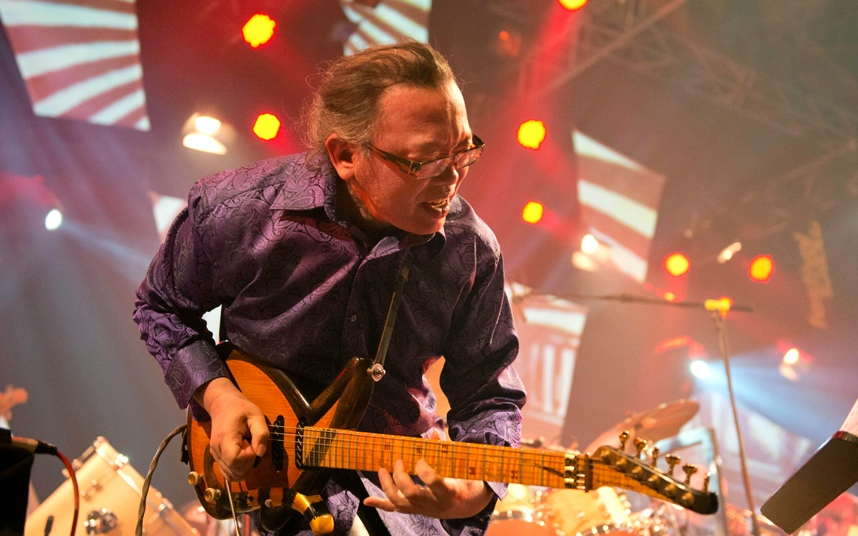 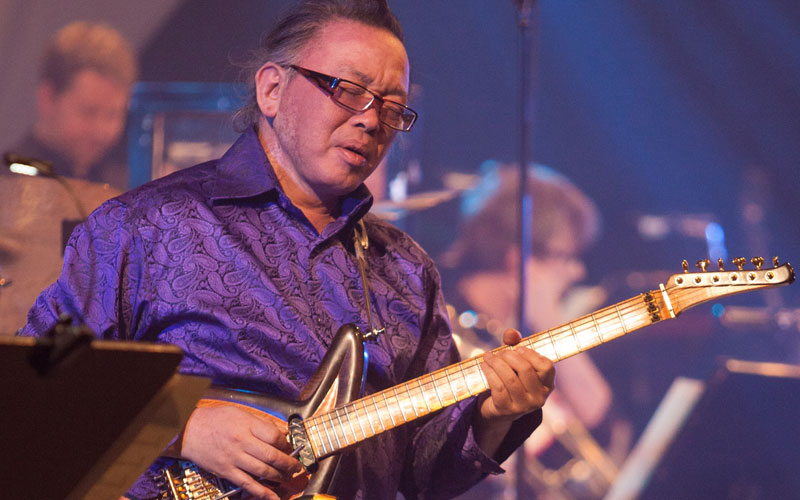 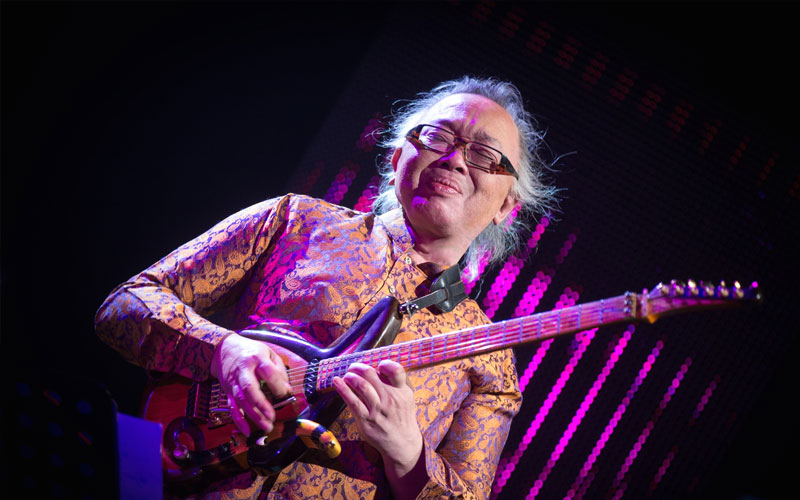 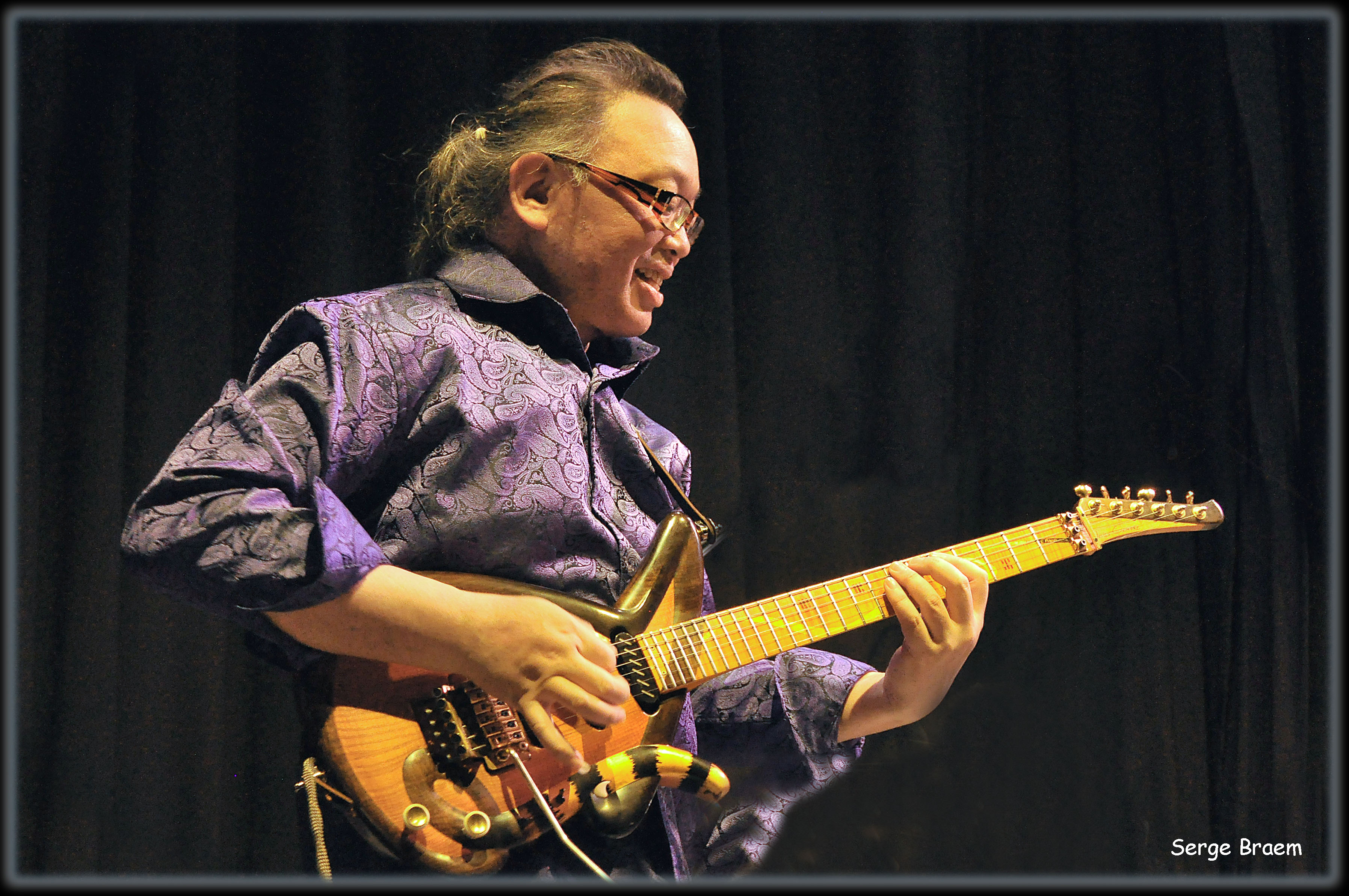 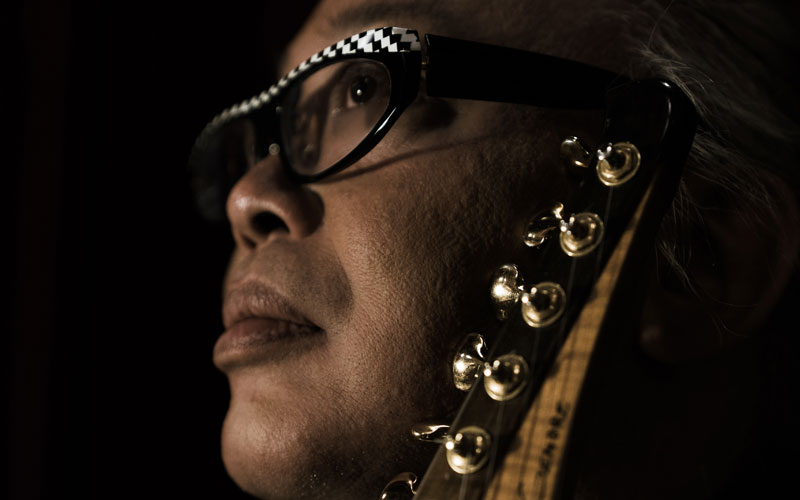 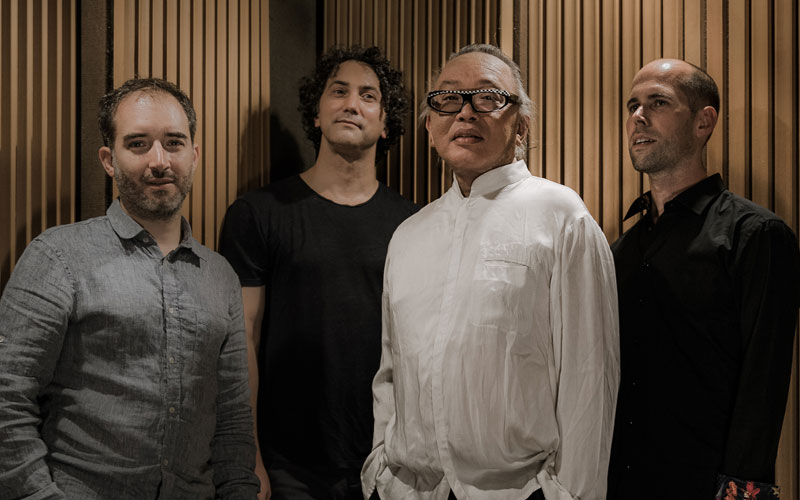 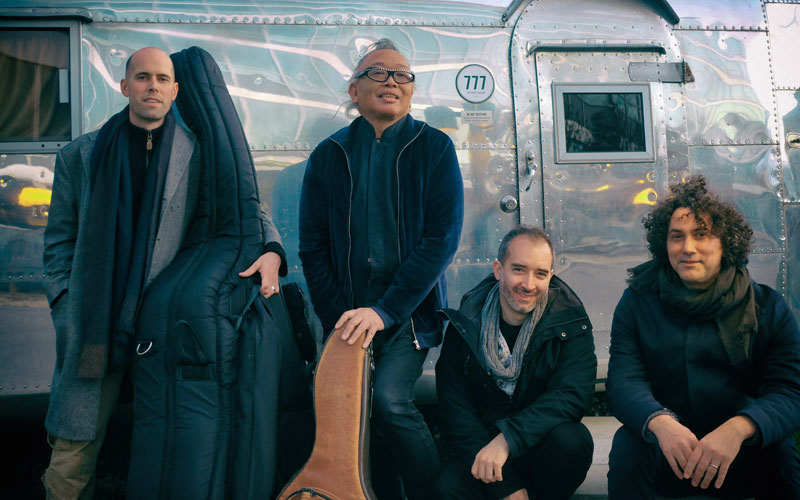