Ojos de Gato is a 1970s composition by Carla Bley that her ex-husband Paul recorded for his fantastic album Paul Plays Carla. It was dedicated to the Argentine saxophonist Leandro „Gato“ Barbieri, whose career began in Italy and to whom the pianist Giovanni Guidi, born in 1985, pays tribute.

Guidi is less interested in Gato’s successes with the film music for „Last Tango In Paris“ and more in the beginnings in the 1960s when Gato toured Europe with Don Cherry. Guidi’s former band leader and mentor, trumpeter Enrico Rava, played an important role at the time and he too played „Ojos de Gato“ a lot.

Programmatically, the six begin with an outcry: “Revolución”. Free play condenses into collective sounds that dissolve abstractly again. The anthemic gesture of Gato’s music fills „Latino America“ ​​and „Padres“, while in „Ernesto“, one of the most beautiful pieces of the album, Gato’s tango emotion erupts. Enrico Rava attests Giovanni Guidi, who called one of his formations The Rebel Band, a „constructive-subversive“ approach. As if in chapters of a book, the Italian-American sextet, who met at the Samurai Hotel Recording Studio in New York, sheds light on Gato Barbieri’s Sturm und Drang phase. 06.10.2021 Karl Lippegau

GIOVANNI GUIDI – piano
The past year has been an important one for Italian pianist Giovanni Guidi. His fourth record as a leader, “WE DON’T LIVE ANYMORE,» was released in February by CAM JAZZ. Guidi is accompanied by some of New York’s finest musicians (Michael Blake, Thomas Morgan, Gerald Cleaver) as well as frequent Italian collaborator Gianluca Petrella. The quintet performed two successful concert tours in Europe following the release.
In the spring, he appeared as a sideman on Roberto Cecchetto’s «SOFT WIND» with Giovanni MAIER and Michele RABBIA, released on MY FAVORITE RECORDS and, in mid-September, the highly anticipated ECM release «TRIBE» by Enrico RAVA, with Gianluca PETRELLA, Gabriele EVANGELISTA and Fabrizio SFERRA: the latest incarnation of Rava’s quintet, in which the original voice of Guidi is an important defining characteristic.
He has continued to work as a sideman in various formations including trombonist Gianluca Petrella’s «Cosmic Band“ as well as the new Petrella project «Il Bidone,“ dedicated to Nino Rota’s music. The explosive Guidi/Petrella duo was enthusiastically received at the Euro Jazz festival in Mexico City. With Enrico Rava he appears in duo as well as in the quintet, now entitled Tribe, and in the Enrico Rava PM Jazz Lab (in various projects including the recent «We Want Michael“ project dedicated to Michael Jackson).

His groups as a leader include his original quartet with Dan Kinzelman, Stefano Senni and Joao Lobo, the Unknown Rebel Band (with a new repertoire of African music), and the new quintet with Shane Endsley (trumpet player of Kneebody), long-time companion Dan Kinzelman and Thomas Morgan and Gerald Cleaver. Guidi will be touring with the new quintet in May 2012 and March 2013. Guidi’s newest project is a trio with Thomas Morgan and Joao Lobo, fresh from recording Guidi’s first record “ City Of Broken Dreams“ as a leader for ECM. The record will be released in on March 2013.
Guidi was named best Italian pianist in 2011 by the magazine Insound, and the yearend poll of Italian magazine Musica Jazz placed him in 2nd as best pianist, only one point behind the winner. It’s becoming clear that at just 27 years of age, Guidi is emerging as one of the most important voices of the new generation in Italy and abroad.

THOMAS MORGAN – double bass
Born on August 14, 1981 in Hayward, California. Is a jazz bassist in New York. After playing cello for seven years, he turned to the double bass at the age of fourteen, taking lessons from Todd Sickafoose for a brief time and Cindy Browne Rosefield for the rest of his high school years. In 1999 he moved to New York to study with Harvie S and Garry Dial at the Manhattan School of Music, also taking extracurricular lessons with Ray Brown and Peter Herbert.
He now performs regularly in New York, Europe, and Canada, and is a member of over twenty bands, including groups led by Dave Binney, Steve Coleman, Pete Robbins, Todd Neufeld, Dan Weiss, Scott DuBois, Samuel Blaser, Paul Motian, Maria Neckam, John Abercrombie, Tyshawn Sorey, Masabumi Kikuchi, Ben Gerstein, Jen Shyu, and Yoon Sun Choi, with whom he plays guitar.

JOAO LOBO – drums
João Lobo is a very active drummer in the European musical scene, having played in some of the most important jazz venues with musicians such as Enrico Rava, Carlos Bica, Alexandra Grimal, Giovanni Guidi, and recording for record labels such as CamJazz and Clean Feed. He started playing drums at the age of 12 and began his formal education at the Hot Clube de Portugal Jazz School in Lisbon. In 2001 he moved to The Netherlands where he got a Bachelor Degree in jazz-percussion in 2006 and met a lot of musicians with which he still colaborates.
Despite his short career, João Lobo has already performed with some big names of the European and American jazz scene such as Roswell Rudd, Gianluca Petrella, Julian Arguelles, Nelson Veras, John Hebert and Michael Attias. 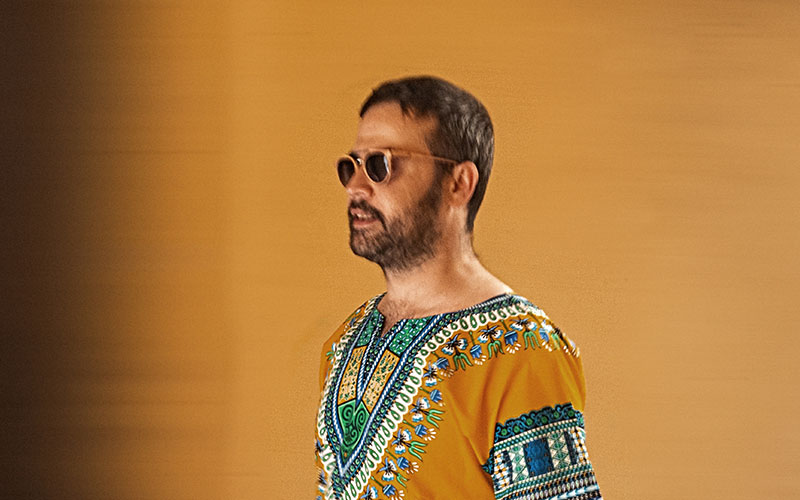 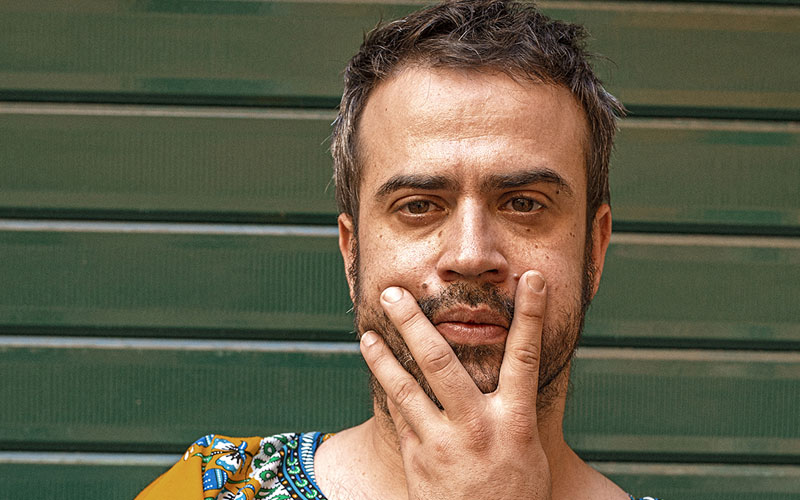