Kevin Seddiki, French guitarist, Percussion player and Composer, started Music with Classical guitar, when he was 8.

After Classical studies in Clermont-Fd and Strasbourg,( With Pablo Marquez) he also studied Jazz, but more generally improvisation, and got interested in different musical languages and approaches. Laureate of the Royaumont Fondation , he studies there with Argentinian Maestro Dino Saluzzi, and also meet the iranian percussion Masters from the Chemirani family. Soon after, he ll start to play Zarb (Iranian Drum) as a second instrument, and this will give him the possibility to explore new paths, but also to incorpore some elements in his guitar playing.

In the Next years, he ll start to play with various musicians, doing his first tour with Dino Saluzzi… In 2009, K.Seddiki is laureate of the prestigious European Guitar Award, in Dresden, a competition that take in consideration not only the playing of the musicians, but their creativity on the instrument. 2 years later, american guitarist Al di Meola invites him to join his band, and they did play the whole world. Meanwhile, K.Seddiki records his first Album « il Sentiero », for german label Wildner Records, featuring Paolo Pandolfo (Viola de Gamba) , Maria Simoglou (Voice), Bijan Chemirani (Percussion) and other guests.

He becomes more and more solicited to play with different bands, singers,from Classical Music to jazz, but also Traditional Musicians , Among them : Guitar legend Philip Catherine, harmonicist Olivier Ker Ourio, Michel Godard, Counter-Tenor Philippe Jarrousky, Italian Singer Lucilla Galeazzi, French Cello player Vincent Segal, Iranian percussionist Bijan Chemirani, Accordionist from Madagascar Regis Gizavo, great composer Michel Legrand or lately the string quartet Quatuor Voce… All those experiences and meetings, continue to create his own identity, which can definitely not be resumed as a word like « Jazz » or « world Music »… in 2013, the album « Imaginarium » duo with Bijan Chemirani, is released by french Label Harmonia Mundi . They explore with Guitar, Saz and Percussions, musical inventions, textures and arrangements, and will play in various Jazz festivals.

2 Years Later, another album in Duo with argentinian singer Sandra Rumolino proposes a new lecture of some famous south american traditional songs, but also their own compositions . They will play a lot in Europe, but also in Argentina where the people give them a warm feedback. Then, he produces an album with Maria Simoglou and Romanian Violinist Iacob Macula, exploring Folk music from Thrace, but with new arrangements . On those 2 albums kevin plays Guitars but also Percussion.

People starting to know his work as a composer, start to ask him to write for them, recently a piece for Thibault Cauvin & Erik Truffaz, but also the French String Quartet « Quatuor Voce », for their project « Itinéraire », (with Other Musicians-Composers, Vincent Segal, Vincent Peirani…)

Meeting with J.L Matinier, they immediately sound special together, sharing a taste for, space, quality of sound, but also complex rhythms, improvisation, and different approaches, from written music to totally improvised moments. Revisiting pieces from « classical music », but also Songs, and also composing, improvising, creates a unique blend of colors , climates and frames, in an intime, chamber music format. They are currently recording an Album on ECM that will release in 2020. 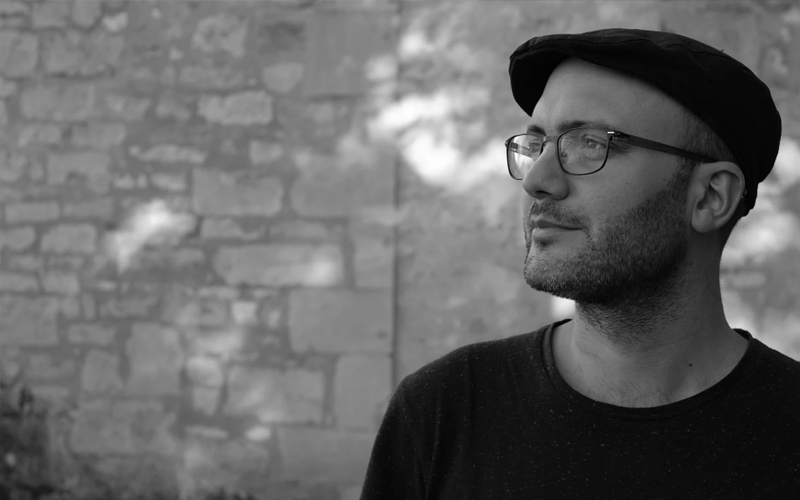