Born in Spoleto in 1971, started playing the accordion at the age of ten. After completing his classical studies and winning numerous national and international competitions, he turned to jazz in 1994. In addition to taking part in television and radio broadcasts, he plays in concerts in many countries (Spain, Germany, Denmark, Croatia, Andorra) and appears at various festivals: Umbria Jazz Winter, Fano Jazz, Festival dei Due Mondi, Festival Klezmer di Ancona , metronomes and many others. Among the musicians with whom he collaborates, the names of Tony Scott, Enrico Rava, Mike Turk, Ares Tavolazzi, Battista Lena, Gabriele Mirabassi, Roberto Ottaviano, Javier Girotto, Marteen Van der Grinten, Martin Classen, Rabih Abou Khalil and Enzo Pietropaoli stand out.

His current own projects:

The power of melody is the central element in the music of the duo of pianist Rita Marcotulli and accordionist Luciano Biondini.The two greats of Italian jazz put their undoubtedly virtuoso instrumental skills entirely at the service of the music, in a search for magic of the moment, after the soul of the music.  Marcotulli and Biondini have been playing together as a quintet for years, but for their new album “La Strada Invisible”, which will be released on ACT on August 29th, and for future concerts, they have deliberately opted for the slim, agile duo line-up. The origin of the blind mutual understanding and the impressive playing culture of the two musicians certainly lies in the parallels in their musical careers: both began to deal intensively with classical music at an early age and completed the same training. And they both share a deep love for the traditional songs of their Italian homeland.  Only on this basis did they finally discover their passion for jazz.Within a short period of time, Rita Marcotulli managed to have an impressive international career as the musical partner of jazz greats such as Nguyên Lê, Chet Baker, Joe Lovano, Billy Cobham, Palle Danielsson, Michel Portal, Enrico Rava and Pat Metheny, but she has also repeatedly performed with popular stars of Italian music, such as the singer-songwriters Pino Daniele or Gianmaria Testa, and wrote numerous award-winning film scores. Luciano Biondini won numerous prizes for classical accordion at an early age, including the Trophée Mondial de l’Accordéon and the Premio Internazionale di Castelfidardo. Since turning to jazz, he has worked with Rabih Abou-Khalil, Michel Godard and Enrico Rava, among others. A true master of the instrument and a soloist of overwhelming drama, he is able to add substance and originality to any musical context.With the joint duo, Rita Marcotulli and Luciano Biondini have come full circle around their connecting, central influences of jazz, classical music and Italian songs. And the result is music full of humour, melancholy, tenderness and temperament, often with small movements, gestures, lines and entirely out of the moment.

A team of three „Italy-France-Switzerland“ that doesn’t get lost in narrow mountain valleys, but surfs over them, with a clear view of the Mediterranean Sea, swinging over the highs and lows of this musical geography.Three virtuosos who also go to and beyond the limits in terms of playing techniques and forms of expression with their instruments. Biondini – Godard – Niggli lead to a music of the soul, full of energy and  poetry. Their compositions serve as ideal springboards for the lusty storytellers that these three improvisers are. In spring 2011 her first CD „Le Sonnet Oublié“ will be released on the renowned label INTAKT Records. Le sonnet oublié : by Bert Noglik The forgotten, the rediscovered, the newly conceived – a game with memories and with the power of imagination. That sonnet from the other day, that tarantella, that valse musette, that African song… On the way to the studio, on the way to the stage, on the stairs to the light… In jazz lies the soul of improvisation, the melody comes from the depths of memory . And the rhythm sends the three musicians dancing into the here and now. When they come together, not only the timbres of the instruments connect and intertwine, but all the experiences gained on different paths in a dense interaction. Michel Godard plays with his profound knowledge, which he was able to collect on musical journeys through time between the Middle Ages, Renaissance, Baroque, New Music and Jazz. Luciano Biondini lets his accordion take off with bravado into the spheres of abstraction and at the same time proves to be grounded in the history of the instrument, which in the interplay of folk culture and art-loving virtuosity, in its closeness to the down-to-earth as well as to the spherical sound of the organ, is of clear assignment withdraws. Finally, Lucas Niggli, the drummer of the ensemble, spans an arc from the freedom of jazz improvisation and the energies of rock music to the sensitivity for nuances and structural differentiations gained in dealing with new music. And that is also indirectly reflected in the music of this trio: the experiences that Luciano Biondini and Michel Godard gained playing with Rabih Abou-Khalil on the flying carpet between Orient and Occident as well as immersion in a world of tonal rhythmic diversity that Lucas Niggli experienced at a young age with Godard in collaboration with Pierre Favres in his ensemble „Singing Drums“. When Luciano Biondini, Michel Godard and Lucas Niggli make music together, the boundaries between old and new music, between imaginary folklore and jazz-inspired improvisation, become blurred. You can imagine the virtual meeting point in the border triangle between Italy, France and Switzerland.That would be – and the image of the heights doesn’t seem so out of place – on top of Mont Dolent, near Mont Blanc. But this game transcends territorial and stylistic definitions. Alpine and at the same time Mediterranean, filigreely woven and interspersed with strong melodies, driven by equally powerful and sensitive, often complex rhythms, the three musicians design large arches – within the pieces, but also in the sequence, the themes of John Coltrane and Johann Sebastian Bach is able to integrate fluently. Not translations into a swinging idiom, but heartfelt adaptations that approach Bach cautiously and respectfully, finally letting him dance boldly to an Iranian rhythm. This, too, is a sweep across the times, the frame of mind, the regions, the continents that may have touched in earlier times. Memorizing and inventing go hand in hand, combine to form a common breath, find their way to music of great lightness, shape the gathering into a celebration vibrating with joy. 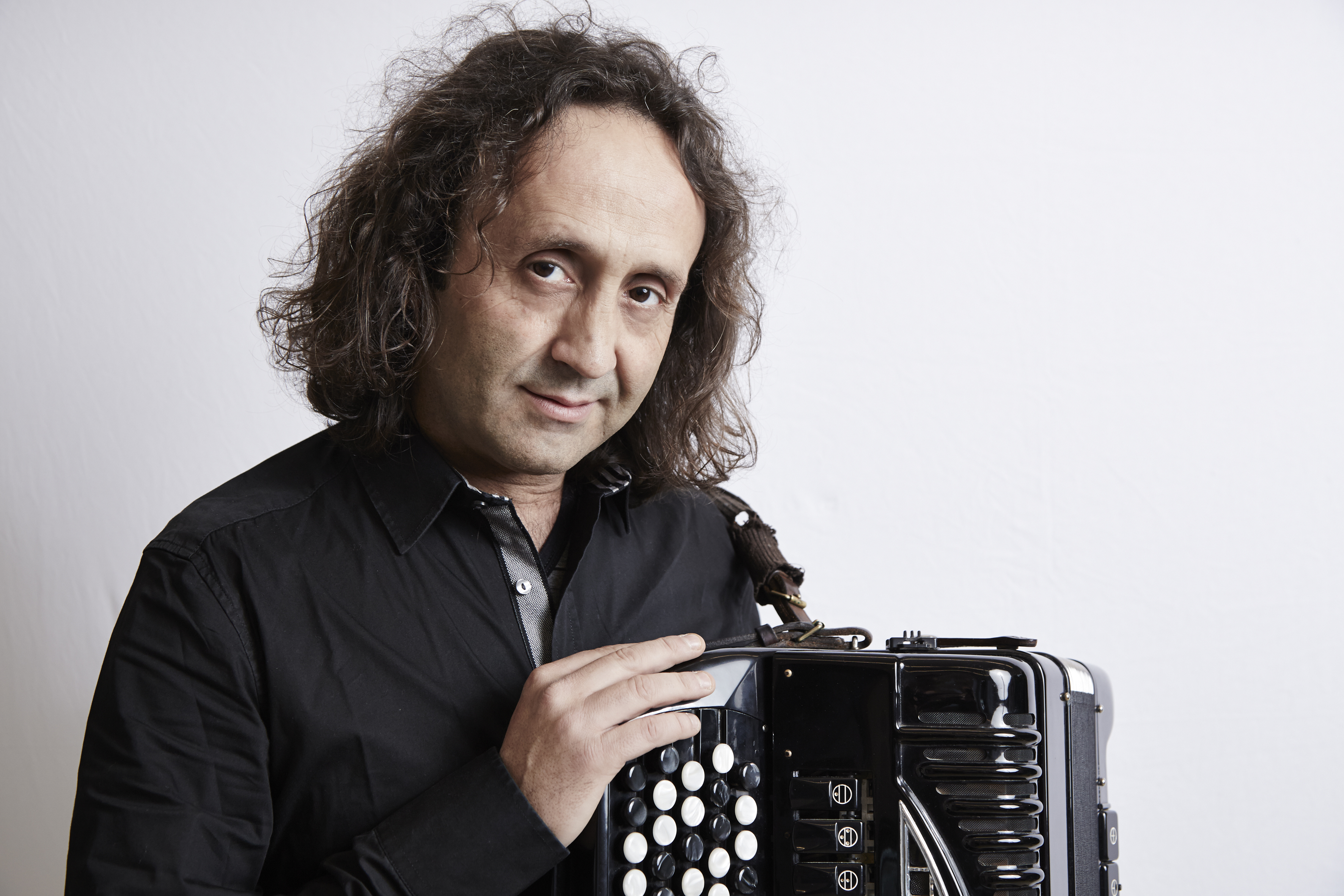 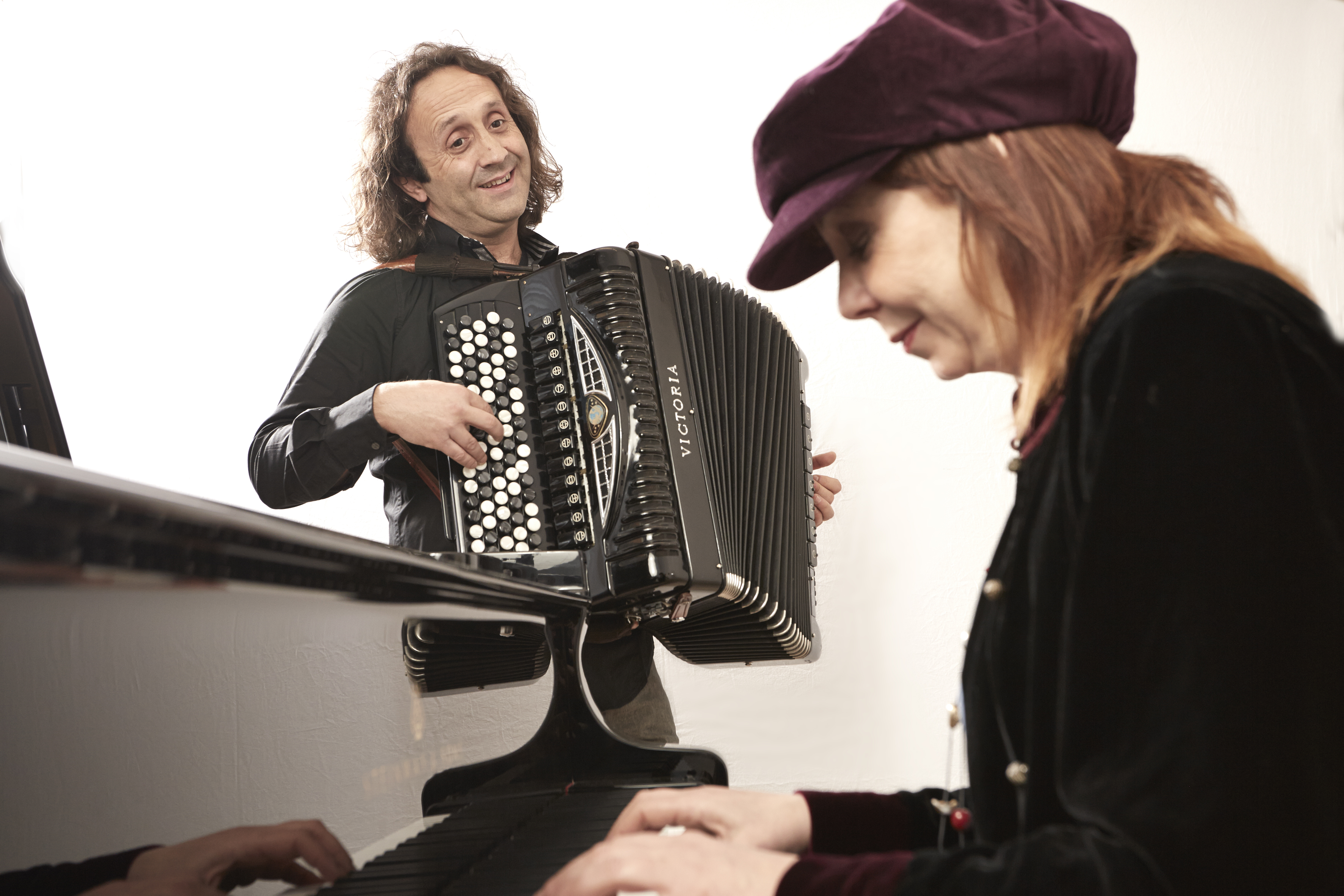