Pianist Marc Copland, recognized as an innovator with a unique grasp of harmony and color, is perhaps the foremost proponent of the lyrical school of jazz pianism today.  The most prolific pianist of the new millenium, Copland has 13 critically acclaimed releases to his credit since the year 2000 – and another three releases scheduled for 2005.

September 2005 marks the Pirouet records release of his eagerly-awaited return to the classic piano trio format– in which he played so beautifully on „Haunted Heart and Other Ballads“ (Hatology). With Drew Gress and Jochen Rueckert, Copland brings a unique sense of romance and beauty to songs of the heart. This trio has been hailed as „discovery of the year“ (Die Zeit/Germany),  „gold record of the month“ (Diapason/France), „publisher’s pick“ (AllAboutJazz.com/USA), etc.

„Time Within Time“ (Hatology/April 2005), the sequel to his solo piano masterpiece „Poetic Motion,“  is a poignant  remembrance, echoing  the bittersweet events of the new millenium as only this pianist can.  His solo work has established him as „a veritable poet of the piano“ Repetoire/France), a jazz pianist presenting „a real piano recital“ (Telerama/France).

This summer, in a nod to the „cookin’“ days of his all-star quintet of the nineties, Copland reunites with two master trumpeters,   Randy Brecker (Nagel-Heyer) and Tim Hagans (Pirouet), on two quartet cds which capture both the power and beauty this brass instrument can project.

In January of  2005,  Challenge records released „BrandNew,“  the sequel to the 2001 cd „That’s ForSure“ by the chamber-jazz trio of lyrical masters Copland, Ken Wheeler and John Abercrombie.

„…His harmonic sophistication, his touch, and control of dynamics with the foot pedal have all become–well–the stuff of legend. There are actually stories of young piano players who go to a Copland gig and then sit right near the stage to stare at his feet, to observe the nuance of how he works the damper pedal of the piano.“ (AllAboutJazz.com)

Born 27 May 1948, Philadelphia, Pennsylvania, USA, Copland was a part of the vibrant music scene in Philadelphia as a saxophonist before going to New York where he met John Abercrombie and also played with Chico Hamilton, and others. He experimented with the electric alto but gradually became dissatisfied with the direction his music was taking and, leaving New York, quit playing the sax in order to study piano. He was gone for almost a decade but upon his return to the jazz world in the mid-80s his piano playing was a revelation, his own vividly original style firmly in place. As a sideman he played with Bob Belden,  Jane Ira Bloom, Joe Lovano, Tim Hagans, James Moody, Wallace Roney and many others.

But his career as a sideman in the Apple was relatively short-lived;  Copland began recording and touring in trio with Gary Peacock and Billy Hart (At Night/Sunnyside, Paradiso/Soul Note)  In the nineties, his reputation spread owing to three legendary recordings with the Savoy label, which put him on the road in an All-Star quintet  (Randy Brecker, Bob Berg, and Dennis Chambers), and later in quartet with guitarist John Abercrombie,  Drew Gress, and drummer Hart.

Copland has enthralled audiences not only in trio and as a solo pianist, but also as a duo partner without peer–as attested by his duo recordings with Greg Osby(Night Call,  Round and Round/Nagel-Heyer) and Gary Peacock (What It Says/Sketch).

„A quiet giant of his instrument…the stuff of legend.“–AllAboutJazz.com (USA)

It doesn’t seem right to think of him as an elder statesman, but pianist and composer Marc Copland, now 72 years old, has been spinning out sounds like no other pianist since the mid-1970’s. His output as a leader is staggering: over 40 critically acclaimed CDs, in solos, duos, trios, quartets and quintets. The albums, recorded for over ten different labels, feature major jazz voices of the past and present: John Abercrombie, Ralph Alessi, Joey Baron, Mike Brecker, Randy Brecker, Dennis Chambers, Mark Ferber, Billy Hart, Dave Liebman, Victor Lewis, Joe Lovano, Greg Osby, Gary Peacock, Bill Stewart, Robin Verheyen, Ken Wheeler, and others. But if you were thinking of Copland as an older musician who has slowed down, stopped developing, and simply resting on his laurels—you couldn’t be more wrong. “I’ve never seen anything like this,” says saxophonist Robin Verheyen. “He’s an inspiration, coming up with new ideas and new sounds all the time. It’s the kind of energy and growth you’d expect from someone in the prime of their creative life. And he’s not only a major voice with such a distinctive sound and approach—you won’t find a better accompanist anywhere.” After years of recording for many of the world’s finest labels (Challenge, ECM, Hatology, \Nagel-Heyer, Pirouet, Savoy, Sketch, Soul Note, etc.), Copland took the plunge in 2016 and started his own label. The pianist’s foray into the record business has grown every year, bucking the general downward trend of CD sales. His latest release, John (illusions / mirage), has received Down Beat magazine’s “Editor’s Pick”, CHOC from Jazz Magazine (France), “CD of the Month” from Stereoplay (Germany), and five stars from both Rondo (Germany) and Neue Zuricher Zeitung (Switzerland). Dan McClenaghan of allaboutjazz.com put it succinctly: “Copland is a genius…he creates the loveliest of sounds.” The respected blog jazzstation awarded him “ #1 Acoustic Pianist of the Year” for 2020.

Born in Chicago in 1955, Grammy award-winning violinist Mark Feldman is a unique figure in the history of jazz, a violinist with impeccable classical technique and a unique modern style. In addition to his own projects, his 230-plus album credits and touring history are impressive in their breadth: he’s worked with John Abercrombie, Muhal Richard Abrams, the Basel Symphonetta, Paul Bley, Uri Caine, Johnny Cash, the CBS Television Network Orchestra, Cheryl Crow, Placido Domingo, Dave Douglas, Billy Hart, Carole King, Manhattan Transfer, the Nashville Philharmonic, Willie Nelson, the Netherlands Radio Symphony, Chris Potter, Diana Ross, the WDR Big Band, and John Zorn. And with over a couple of hundred recordings, that’s obviously just a small sample. In 2007 He was awarded the Alpert Award Prize in Music. His own projects include “What Exit” (ECM) and “Music for Violin Alone” (Tzadik). A composer, his works have been commissioned and performed by the Kronos Quartet and the WDR Radio Orchestra. He premiered the Violin Concerto of Guus Janssen as soloist with the Netherlands Radio Philharmonic Orchestra. Feldman’s intuitive approach to his instrument, and his lightning-fast ears, enable him to engage in improvised counterpoint and interplay with Copland at an extremely high level. No two performances of this band are exactly alike.

Drummer Jonas Burgwinkel, well known as a member of pianist Pablo Held’s trio, first came to Marc Copland’s attention in 2020. In February of that year, Joey Baron became ill during a Copland trio tour of Europe, and Jonas stepped in at the last minute to sub for him. After the first couple of gigs, the young drummer said to the pianist, “You don’t tell me anything,” to which Copland replied with a smile, “Because I don’t have to.” And it’s easy to see why—in addition to Held’s trio, and the drummer’s own projects (Medusa Beats and Side B), Jonas’s performance and recording credits demonstrate a lot of experience, as well as the ability to play in almost any style. The list reads like a bit like a Who’s Who—-Uri Caine, Marc Copland, Dave Douglas, Lee Konitz, Dave Liebman, Mark Murphy, Chris Potter, John Scofield, and Ralph Towner. Burgwinkel is winner of the “best drummer” award from Echo Jazz, as well as the SWR Jazz Prize and the WDR Jazz Prize.

Here’s Copland’s take on young phenom Felix Henkelhausen: “Every so often a young musician appears who not only has stunning technique, but plays with such maturity and ease that it seems obvious they will change the way everyone else plays the instrument. I had this feeling when I heard Stanley Clarke and Miroslav Vitous—both when they were teenagers. And I got that feeling again when I first played with Felix Henkelhausen.” In his young career, Felix has already worked with Jim Black, Marc Copland, Toby Delius, Pablo Held, Dave Liebman, Eric Mcpherson, Jochen Rueckert, and Robin Verheyen. He curates an ongoing Series for improvised Music in Berlin called „FutureBash“. He possesses both a deep, natural acoustic sound on his instrument, as well as a lightning-fast technique that he can bring out at any moment. But he doesn’t abuse that technique: Henkelhausen displays an unusual maturity, never playing fast just for show, saving these displays for appropriate moments—when they add to the music, rather than detract from it. 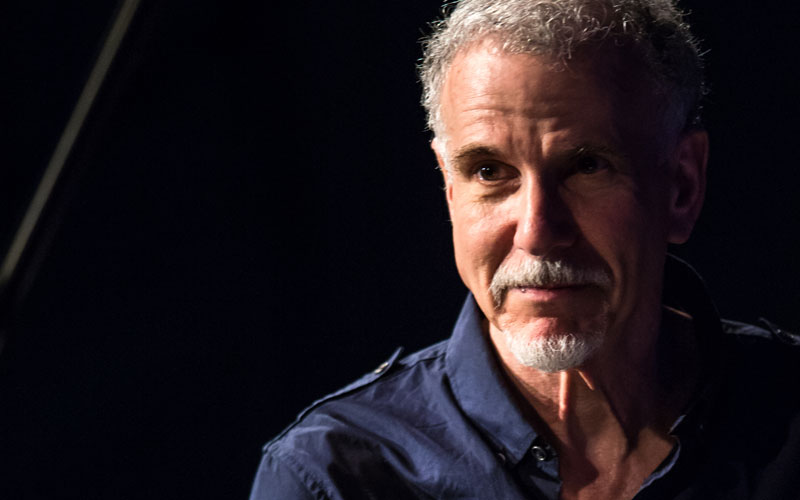 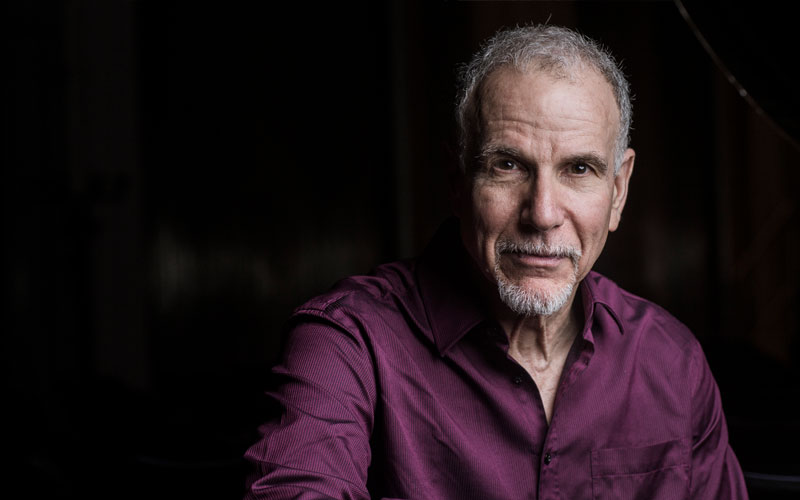 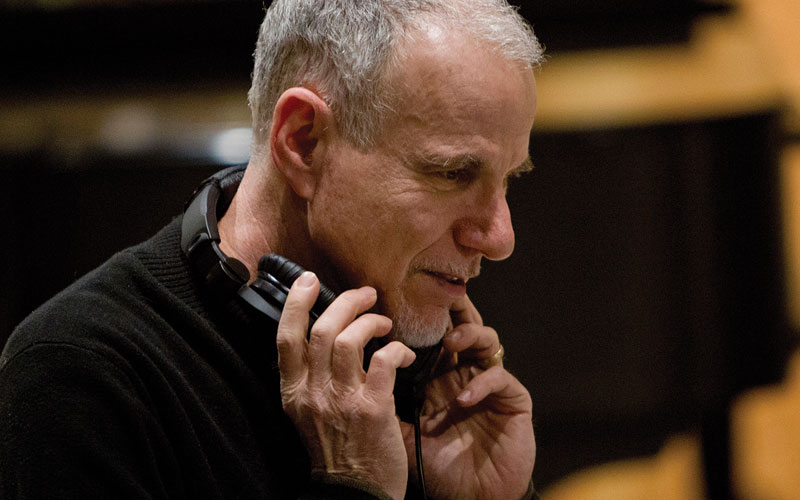